Angelica Gold Mystic of the Angels

I just won twenty thousand pounds on the Lottery after using your Angel Magic – just amazing! It’s a good job that so many people don’t believe in practical magic, otherwise I guess everyone would be using it to win lotteries. I wonder how many of the jackpot winners you see in the news were using occult methods?  Anyway, I could tell that you were powerful by the insights you divined about me, even from my very first emailed enquiry when I told you nothing except my full name and birth details! I was also impressed by how your magic helped me to find the man of my dreams, overcome my anxiety and depression, get the kind of job I have always wanted and win a legal battle with my neighbour.   I like your new websites, by the way!  I’m surprised you didn’t have a site of your own years ago.

I am writing to you at the behest of Angelica Gold, whom I consider to be a close friend aswell as advisor after eight years of consulting her.  I must admit that I was very sceptical of her claims when I first encountered her in 1987.  As a man of science, I could not see how the existence of angels and magic could fit into our orderly universe: I thought that they were outdated and primitive beliefs.  But I was curious to see how she could offer a money-back guarantee if the client was not 100% satisfied unless she had some sort of power or influence.  I had to investigate: I had to know more about her.

You can imagine my astonishment, therefore, when she told me everything about myself, my personality, and my destiny without my having disclosed anything to her other than my name, address and date & place of birth.  She also accurately foretold when my best friend’s company would receive a gigantic order from Brunei so that he could prepare for this order in time.  All her predictions ultimately proved to be correct, things which she could not possibly have known.

Angie demonstrated that she was a superb magician aswell as a natural psychic, well-versed in the Kabbala. Her ability to bring wealth into people’s lives is nothing short of miraculous. To date I have received £5400,100.00 on various lotteries.  She reunited me with my son after years of mutual silence, bitterness and misunderstanding.  She told me all about the lady who would become my wife, months before that first meeting.  The energies of her Angel Spells made me look and feel years younger.

I cannot explain her powers rationally and have decided to stop attempting to analyse them and just accept their benefits.  Angie has made a true believer out of a sceptic.  And the most wonderful thing is: if the power of her spells really comes from the angels then that implies that God is real – and that Heaven is real, too, something to believe in and look forward to.  That realization was priceless to me.  To all who have the wisdom to listen to her message, I give Angelica Gold my very highest recommendation.

Thanks for sending the 15 Angel Spells to me recently. Your Lottery/Luck/ Wealth spells are brilliant, and allowed me to scoop £60,000 prize money!   Actually, ALL your spells are terrific!  So far they have helped me to get promoted to Head of Department, overturned a Court Order which was ruled against me, improved my learning abilities and helped me to get together with a lady in the office who I’ve fancied for years!  I’ve even been able to develop my psychic powers so that I can read people’s minds and see into the future.  You’ve got to be the best mystic advertising in the New Age press today!

My mentor and confidante, Angie Gold, has asked me to write to you to endorse her application for membership to your esteemed organization. During the ten years in which I have consulted Angie  she has predicted the exact appearance, occupation, habits and personality of the man I have come to regard as my soul-mate, long before I met him.  She has sent me Angel Spells for different lotteries which have netted me £2360.00 to date.  More recently she has enabled me to secure a very well-paid, prestigious position within the M.O.D.

She has never claimed to be qualified in the field of medicine, yet I find that when I am seeking relief from feeling low and depressed, experiencing her power leaves me enervated, refreshed and revitalized.  When I first consulted her and she revealed my past lives to me, I researched her findings and was relieved to discover that the people she described had actually lived.  They were not all famous- they could be traced only through church registry records, old diaries and paintings which had been passed down across the generations.  I realized that I have many traits in common with these previous incarnations of mine: in fact, I may have inherited these traits from them.

Angie has foreseen the potential “blockages” in my life before they occurred and helped me to overcome these obstacles.  As she has helped me to grow in wisdom over the years I have become more able to see these problems coming for myself and “head them off at the pass.”  Angie’s knowledge of the Cabbala seems to be exhaustive and yet she never tries to “blind me with science” or put on airs and graces as some mystics do. She has the common touch and is always friendly, informative, professional, discreet, honest, calm, insightful, considerate, reassuring and reputable. I would recommend her services without hesitation, and have done so for many friends and colleagues over the last decade.

Just a quick note to confirm that all your Angel Spells have worked for me!  So far I have won £4395.00 on the Lotteries, my husband has come back to me, we have been able to move to a much better home, and my beauty has been restored without the aid of surgery, cosmetics or drugs!  Thank you a million times for everything you’ve done for me. I’m proud to say that I DO believe in angels!

It’s said that appearances can be deceptive. Let’s take Angelica Gold as an example. You look at her and see a slender, pretty blond woman about five feet two inches high. But in magical terms she’s a powerhouse, a real heavyweight, trained from early childhood in Qabbalistic lore in accordance with the traditions of her family. You get the impression that she could have taken on Aleister Crowley in his heyday, matched him spell for spell and won by a considerable margin.

I first started consulting Angelica about seven years ago when my whole life was in ruins. I was heavily in debt, my husband was about to walk out on us, I was in danger of losing my job at the solicitor’s offices, and I could barely afford to feed my kids – let alone myself.  Angelica changed all that.  Within weeks I had won £3120.00 in lotteries and competitions, I found a new job with better pay and working conditions, and my husband had ditched the other woman and returned to me. (Later I ditched my husband for another man, but what the hell.)  Before long all my debts were cleared up and I was able to travel with my kids to all the places I’d ever wanted to see: Mexico, Brazil, the South of France.  And the good times are still here, even though I don’t travel as much as I used to.

Angelica says her power comes from the angels.  Who am I to argue?  Since I found out about her through a friend I’ve been able to afford a new house with plenty of savings to spare.  I’ve been able to put my kids through a good school. I’ve learned a lot about myself, about magic and about life in general.  I’ve been told my destiny and then watched that destiny unfold over the years as she said it would.  She’s also given me plenty of mystical gifts: pendants, incense, oils, crystals, picture cards and so on. But the things I treasure most are the feelings of security and peace of mind which she’s given me. I don’t have serious doubts and worries anymore.  If there’s ever a problem in my life, Angelica will see it coming and let me know. I can’t begin to tell you how liberating that feels.

I only wish that I’d started consulting her years before so that I could have avoided so many of my mistakes.  Angelica was the first real magician I discovered.  No wonder she can afford to advertise a money-back guarantee.

Thank you for your spells and gifts which I received around 17th June.  I only did the spell around 25th June because it took time for me to study the details of the working. After that I forgot the whole thing. Nothing happened from then on and I almost lost confidence in it until last Wednesday 8th July when I had a windfall of RM200,000 (approx.. £58,000 sterling) on a RM2 bet in our Malaysian Lotto lottery! I am very grateful and cannot thank you and the Archangels enough for your help.  I hope the Archangels, especially Sachiel and Raziel, will always help me and my luck and good fortune run continuously. I hope with their help I will have windfalls often, an abundance of health and luck. Again, I give thanks to your and the Archangels for your help.  I am sending for the other set of 15 spells today. Thanks.

Mr. F.B, Malaysia  (P.S, The feeling of winning is so wonderful, it’s like a beautiful dream!  The feeling of happiness is ecstatic!! Incredible! Fantastic!)

Thank you so much for your kind letter.  I have very good news!  Since using your Angel Magic for family problems my son has turned from the dark path of crime and extremism which he was heading into. Instead he has become a role model for others and has got a decent retail job and a girlfriend.  There are so many problems facing young men in 2015 like unemployment and unaffordable housing, even before you consider problems specific to our faith such as insularity which we do not like to discuss with people outside our culture.  I believe your magic has also influenced my husband and other members of my family to treat me much more lovingly and stop taking me for granted.  I have a lot more freedom now to dress the way I want, socialize with a wide variety of people with different beliefs and ethnic backgrounds, and take up new interests and courses of study which are helping me to see the world in a new perspective and opening up new career prospects.  I feel far more confident than ever before! 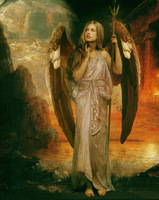 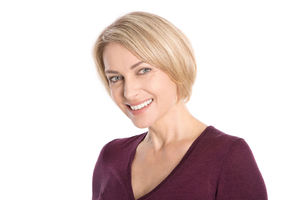 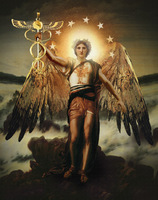 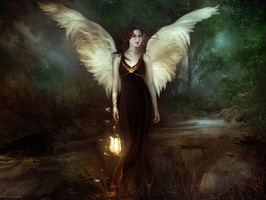 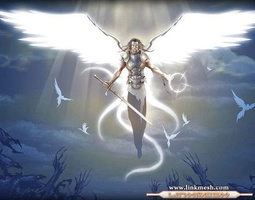 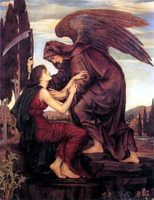 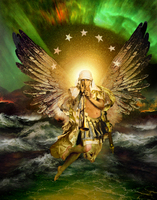 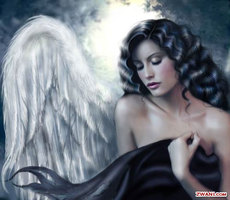 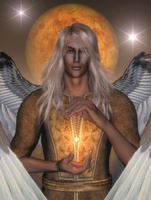 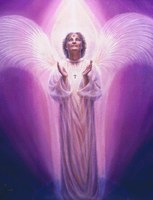 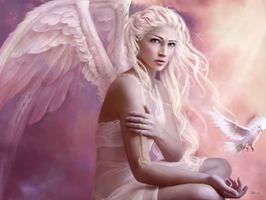 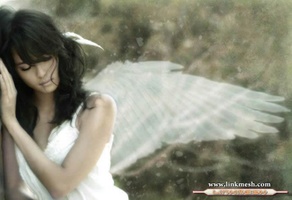 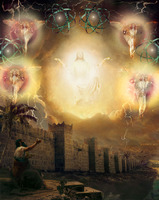 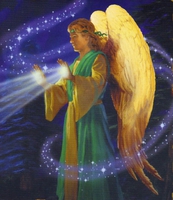 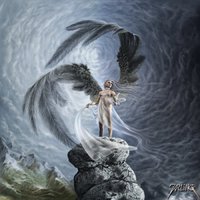 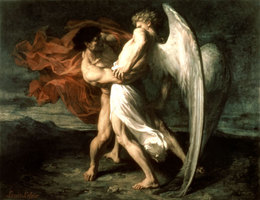 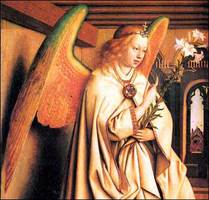 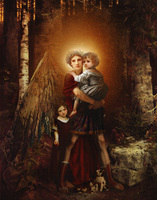 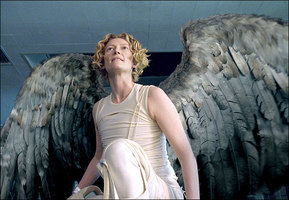 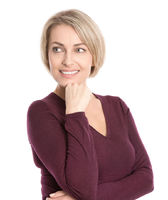